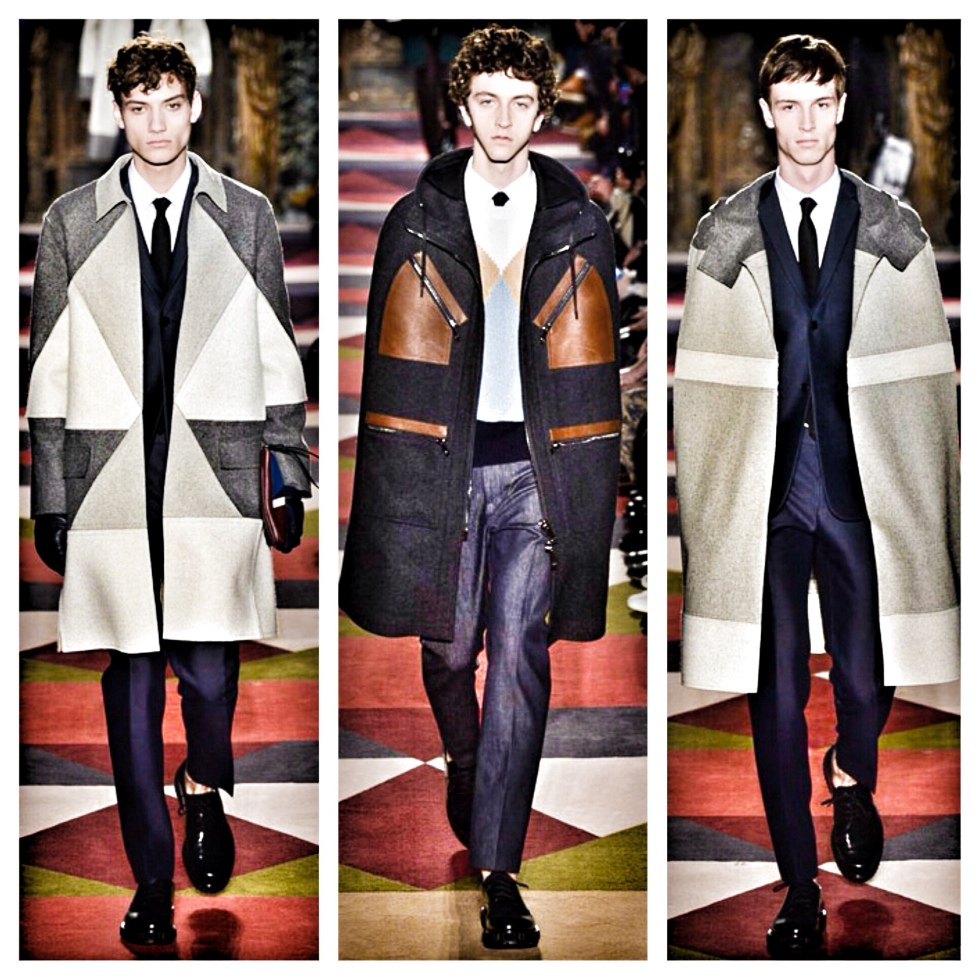 Valentino! One of the legendary brands whose Designer is still living. Valentino a staple in high-end fashion, and he doesn’t just do it right for his womenswear, he also treats his men very well, and with that being said he had the best non fur coats of all season “thus far” however Fashion week isn’t quite over yet my friends. Look 1, this coat is perfect! The design the color blocking, the pattern shapes. Look 4 appears, and if I never needed a cloak I need one now. This look was phenomenal, one would argue that it’s boring there isn’t much to it, well it doesn’t take a thousand different patterns and junk on clothing to make it stand out. I bet this look would stand out more on the sidewalk of Soho than any hype beast why? Tailored garments and well groomed men attracted attention. Trust me, I know this first hand haha I’m done. If you’ve been paying attention to Valentino for the past three or four seasons you can definitely spy camo throughout the collections, you actually don’t even need to spy it will become quite apparent once you take a gander at the different looks.