Women Think They Have Such A Hard Time Being Themselves. Well Try Being A Man/Male, and Trying To Be Yourself, And Breaking Outside The Normal Of Dressing How A “MAN” Is Supposed To Dress, Act, Or Portray. Women Definitely Have An Easier Balance When It Comes To Fashion. Women Can Wear Women, and/or Men’s Clothes With No Problem, But Why Is It A Problem When Men Want To Wear Women’s Clothes That Look Unisex. I Don’t Know What Changed, But Back In Thee 1800’s Men Were Just As Into Their Appearance And What They Wore As Much As Women If Not Even More, Since Those Were The Days of Kings & Such. 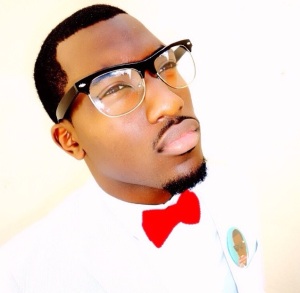 Lately, I’ve been meditative. I just thought I’d share my thoughts on thus Industry I’m slaving away to be in. Picture it working Retail without any stability or anything thing to show for it. Staying up pass 4am on select days to produce content for a site you’ve invested you heart into. Having meetings with some of the top people in unsaid industry, only for them to want to get to know you. It’s quite interesting to hear how interesting you are, or how well something went, and to have nothing to show for it. Quite a scramble it is, just to get an entry-level position in today’s world. Makes you think was College worth it? Where would one be had he/she dedicated 4yrs to thus industry instead of College? Ever wonder when will it be your time, or when that person will you know “Give you a chance” instead of basically saying you’re not seasoned enough without saying it? It’s quite zany isn’t it? These are the days of our lives when you basically have no clue how you’re going to get anywhere, when every time you meet someone, it’s just not quite enough for them.