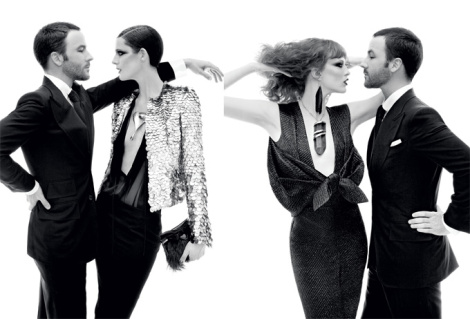 Do you remember when Tom Ford first arrived to Gucci? Truthfully, I don’t I was only about four or five years old. I’m sure I didn’t even know what Gucci was at that time, yet alone Tom Ford. Was Tom Ford even Tom Ford before his A/W 1995 show at Gucci? I’ll get back to that shortly. You learn a lot with this thing called the internet. Years ago, when I first fell in love with this industry. I started drowning myself in Fashion everything, being that I was in college studying Law I had a late start, and I needed to submerge myself into any fashion knowledge that I could. Tom took over as creative director for Gucci in the 90s, at this time Gucci was struggling “imagine that”. The brand was having a hard time keeping up with the modern woman of the 90’s. What was she wearing? What did she want to wear? Gucci was struggling to the point where they couldn’t even afford their staff members. I don’t think there’s one person in the universe who doesn’t know this history, who would assume that at one point Gucci was BROKE.

In 95, Ford debuted his A/W collection, which in an instant changed Gucci’s financial issues, as well as turning Tom Ford into TOM FORD. Before that day, Tom thought this was his last moment at Gucci, no one was paying him any attention being that his Spring/Summer 95 collection bombed, and not in a good way in Milan. Assuming he had an epiphany; Tom changed things up with his womenswear collection, which featured slinky velvet hip-huggers and louche jewel-toned satin shirts with a few heavy-weight models including Kate Moss. With this success Gucci experienced a new-found ultra sexy glam image, and Tom brought much success to Gucci eventually leaving in 2004 to start his own namesake brand. You know the one we all know and respect today, http://www.tomford.com