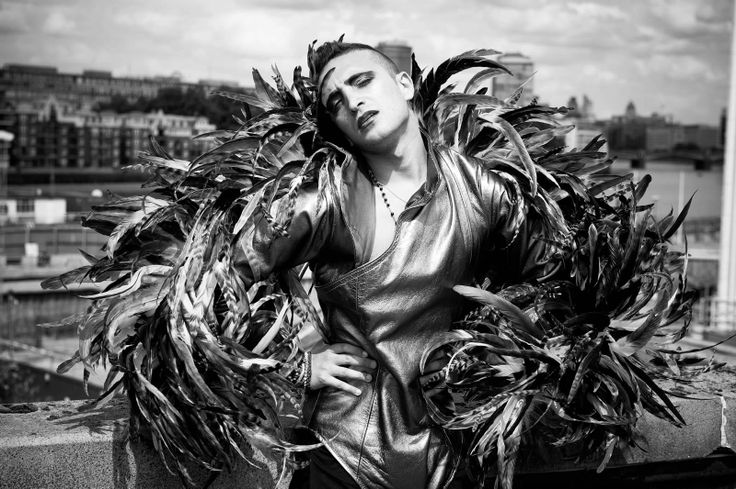 Does such a thing even exist? We all know that the world of Fashion is dominated by women. The most brilliant ideas, and clothes are always drawn up for women. Until now, or you know a few years back. 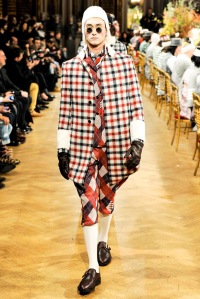 Thom Browne = the Alexander McQueen of American Designers. Not to compare the two because Alex is more known for his womenswear as opposed to Thom for his menswear. This is what I’ve crowned him anyhow, and I think many would agree. America doesn’t have any other designer spitting out the creations that Thom is spitting out. Thom Browne collections are totally impractical, but that’s what I adore about him. He’s bringing fantasy to life. I’ve yet to see anyone in person dawning Thom Browne Runway. It’s even hard to find his menswear runway pieces online. Are they archive only? I really wouldn’t know. Perhaps the next time I run into him I will ask him a series of questions? Couture Fashion Week might as well be Women’s only, because there is truly no designer creating one of a kind pieces for men. I mean sure you could say a bespoke suit is one of a kind for men, but is it the same? Absolutely not!
Now I can sit here all day, and talk about Male Couture. Why isn’t there a market for Male Couture out there? This question is easily answered, well almost. If there is any population it’s very small. Even the womenswear couture market is extremely small so the menswear market has to be almost non-existent. Yes they are people like me living in the world of Tim Burton. Men whose imaginations run wild, wild like that of a Unicorn. I always say we need a male version of Anna Della Russo. I nominate myself for this position. I need it, I also need the finances or connections for this to happen. I don’t have to keep the clothing just supply me with 365 days worth of wardrobe, and I’ll give it back. I brought up Thom Browne, because I feel as if his collections represent exactly what I’m asking for. He’s the only one in America in my opinion that’s actually creating ART at the moment. Sure it’s nice to see really well styled collections, but it’s even more amazing to actually witness art being created.