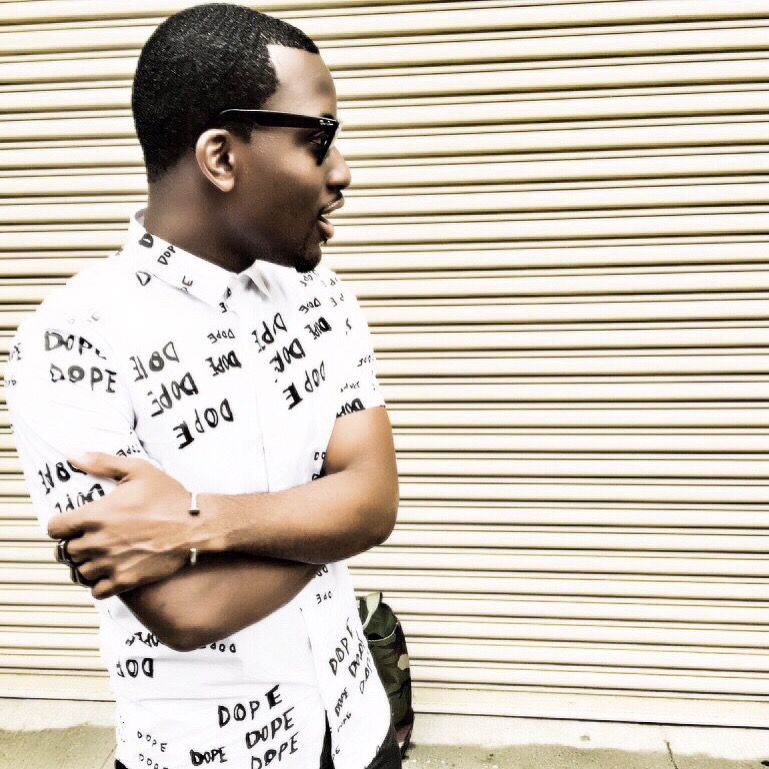 If you haven’t heard I’ve teamed up with the clothing company DOPE, who’s straight out of LA, and you know I take great pride in being something like walking advertisement….btw it’s working. People have told me they’ve ordered from the site so KUDOS to me. The funniest as well as most awkward feeling is someone saying to me “That’s a dope shirt” it’s almost like are you trying to be funny or do you really mean that? I’m more than sure it’s the latter, but you do get my drift?

The first dope day began during New York Men’s Fashion Week 15, and just in case you live under a rock it was the first one ever. Where are all of those photos that were taken of me? Only those photographers know! I actually wore this shirt on the best day possible during NYFWM, and I say that because the first day it was raining and everything was just a mess, not that the second day wasn’t either, but it wasn’t as bad as the first for some reason it was just the perfect day to slip on a short sleeve button down. I paired this shirt with a pair of black Marc Jacobs Wax denim jeans with these awesome lace-ups I found at Zara. Listen, I’m going to tell you this, but it’s strictly between you & I okay? This was probably the coolest outfit I wore all week. Perhaps, because I was so free with everything I had on, and this shirt is really one of my favorites. I think it amazes me the most when I so call “dressed down” and still end up getting a ton of compliments. Wait, Wait! While I was taking the photo towards the top, this lady was on the phone talking out loud about how “she saw Victor Cruz and how short he is, and I was like he’s not that short and she replied “any mans head I can see over he’s short!” She was on the tall side for a women something like 5’9 which is why I was turned in this photo and not facing forward. This was indeed an actually moment and not a pose. Moving on my day was spent in and out of Fashion shows and I kept hearing how “Dope” my shirt was, which was a great feeling because when I first received the email from the DOPE team, I uttered those exactly words. I spent about 8 hours in this shirt, and I’ve also had about 19 people ask me for it; that’s also not an estimate. 19 people have actually asked me to just give it to them.

Day 2 is up next! Shop DOPE here https://www.dope.com