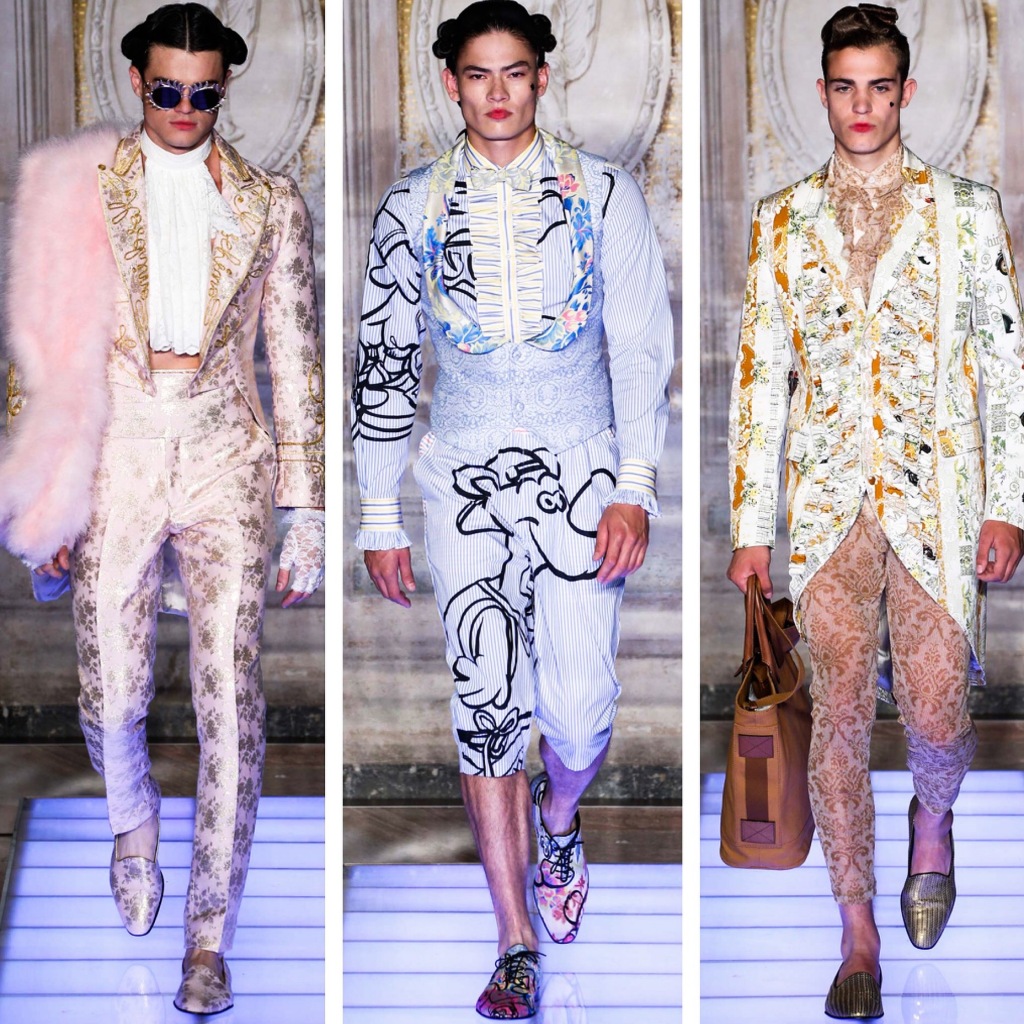 Jeremy Scott took the people back to the Victorian Era, and then added his comic effect to his entire collection. Upon entering the collection I was left pondering at what the story was. I was starting to think that this collection would represent some sort of Anime television show, and perhaps a third or maybe half of it did; however that isn’t what captivated me. 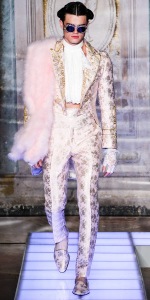 Once things started changing around about look 16 is when I sat up straight and began to look closer. “What is this” I said, “what’s going on with the models hair” I said. My inner fantasy was starting to come alive. Could it be that the era I adore was resurfacing. I’ve always felt that the Victorian era was more about men’s fashion rather than women’s. I mean of course the women were immaculately dressed, but to see men put so much effort into how they were seen in public or even in private for that matter says something to me. Realize this is a Jeremy Scott production, and where you have Jeremy you have risk, and those risk were taken. I mean he definitely sent a message about manhood. Are you comfortable enough with your manhood to wear one of these creations? My Instagram family chimed in with their assertions, which I found to be hysterical. Of course most guys are going to stay far far away from this collection. Perhaps it’s just too much for them, maybe they don’t want the attention, or perhaps they rather not have all eyes on them. I can’t totally judge them, because even I have a limit, but I also take risk, plus I’ve always wanted to wear this type of clothing. Will Opening Ceremony be providing the public with these designs? We shall see!