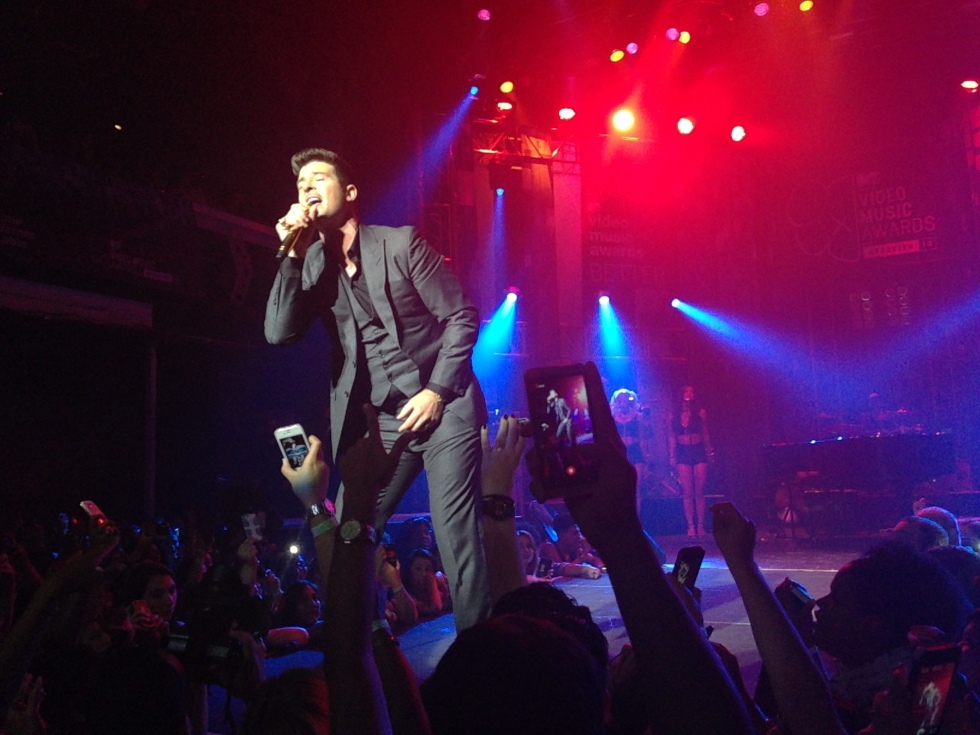 Who’s ready for the 2013 VMA’s in Brooklyn?! I know I am! With anticipation building for tonights VMA show  I thought I’d do a post on one of the pre-vma concerts that I got to attend!  As part of a series of VMA’s themed concerts and events around NYC this weekend Robin Thicke headlined at this amazing club called Terminal 5 featuring special guest Macklemore! 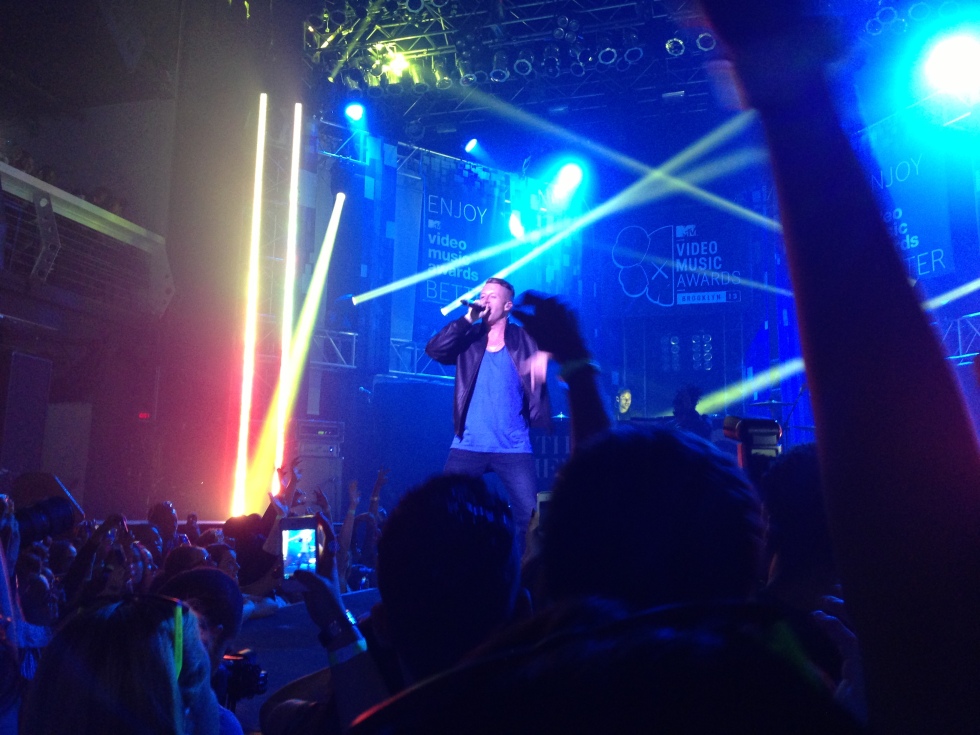 The show began with Macklemore who opened up his set with his hit song “Thrift Shop” which instantly got the crowd moving! I’ll be first to admit I was a tad skeptical on if I wanted to sit through a whole set of Macklemore but it was surprisingly good and not to mention his oh so talented band that backs him! Going through a great number of songs he had to his name I can honestly see why Macklemore is up for 6 VMA nominations this year! 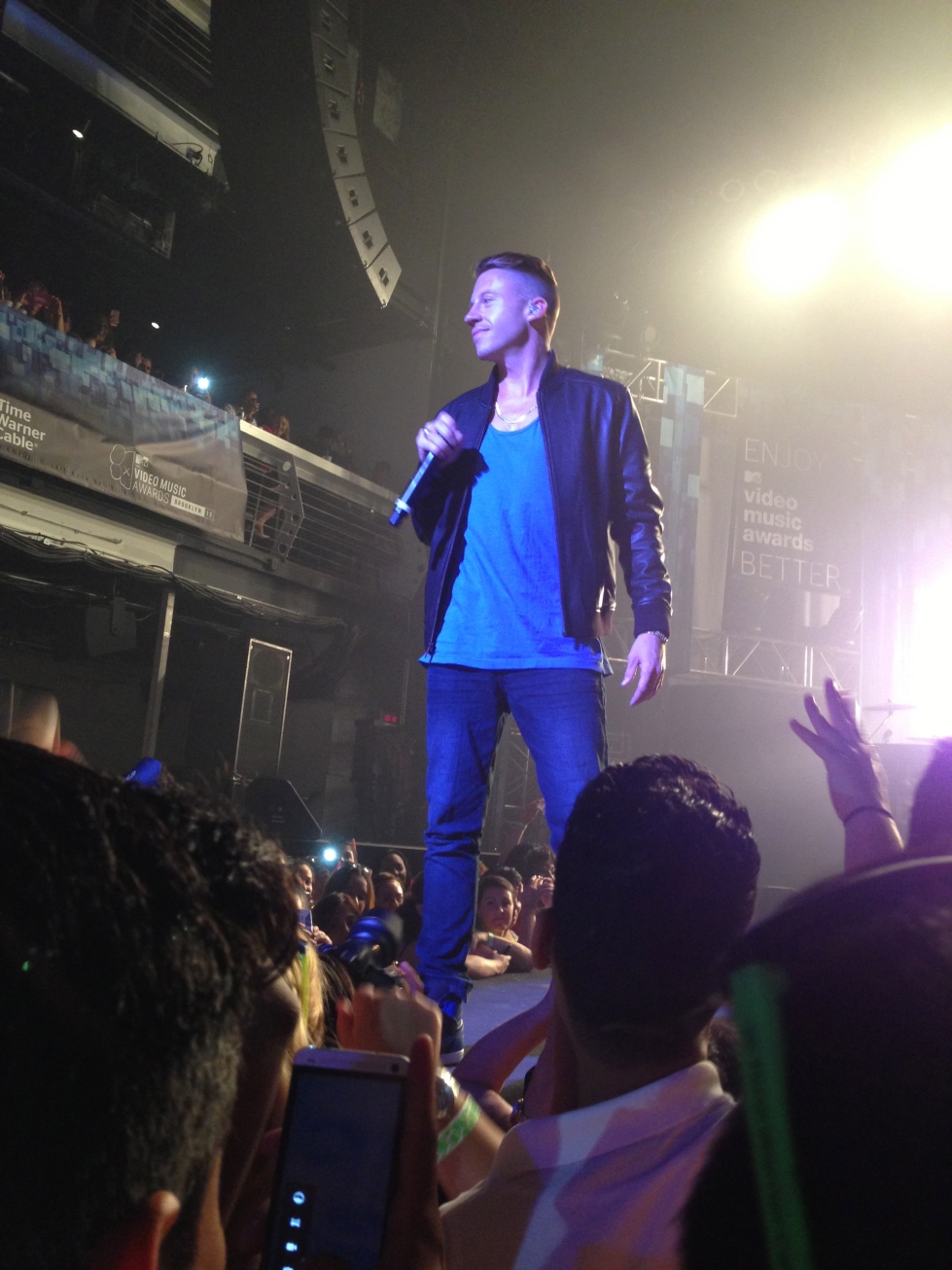 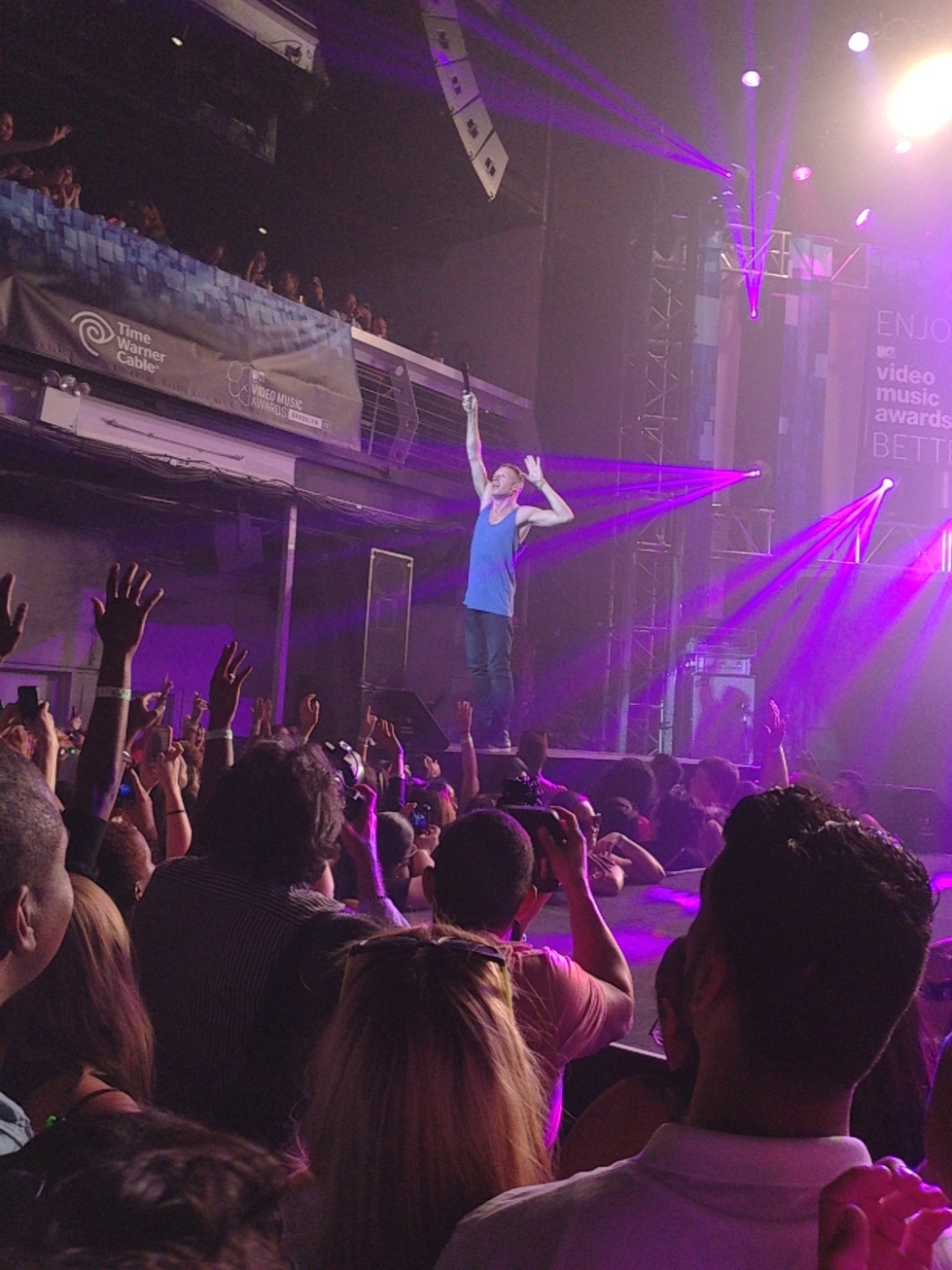 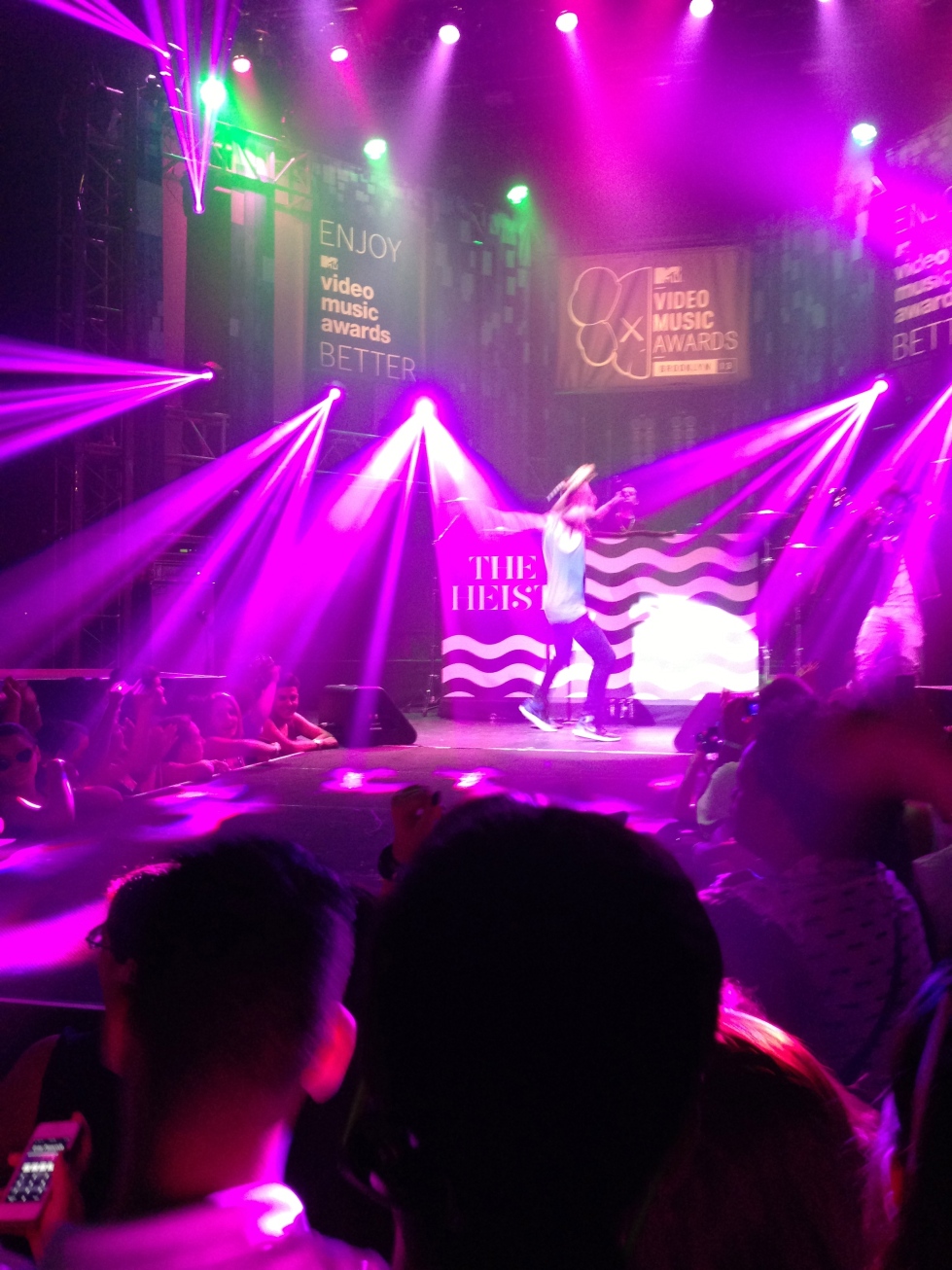 Now to the main event which was Robin Thicke of course! Billboard Hot 100’s Reigning king for the summer currently opened up his set with his record breaking song and probably his biggest song to date “Blurred Lines”! There was a lot of speculation in the crowd if he’d open up with this song or would he bring out Pharell Williams or T.I. all those questions were answered of course once he came out guns a blazing with an amazing band and his dancers who he features on his racy “Blurred Lines” video! This song still packs a punch even after its record breaking 11 weeks atop of the charts! He was the man of the hour and he knew it! Soaking in all of the crowds love as they chanted the words to the song for him! It really was a phenomenal show, he rocked the crowd relentlessly with a number of songs we tend to forget Robin Thicke is responsible for. One that came to mind was when he sung his song “Lost Without You” he literally pointed the mic to the crowd and they song the song word for word with every “ooooh” and “aaaahh”.  He ended the show with saying never give up on your dreams and how amazing his life is as of right now with his new found success commercially. All in all i throughly enjoyed myself and this really has me excited to see what these acts and the rest of the performing artist have up their sleeves for tonight! 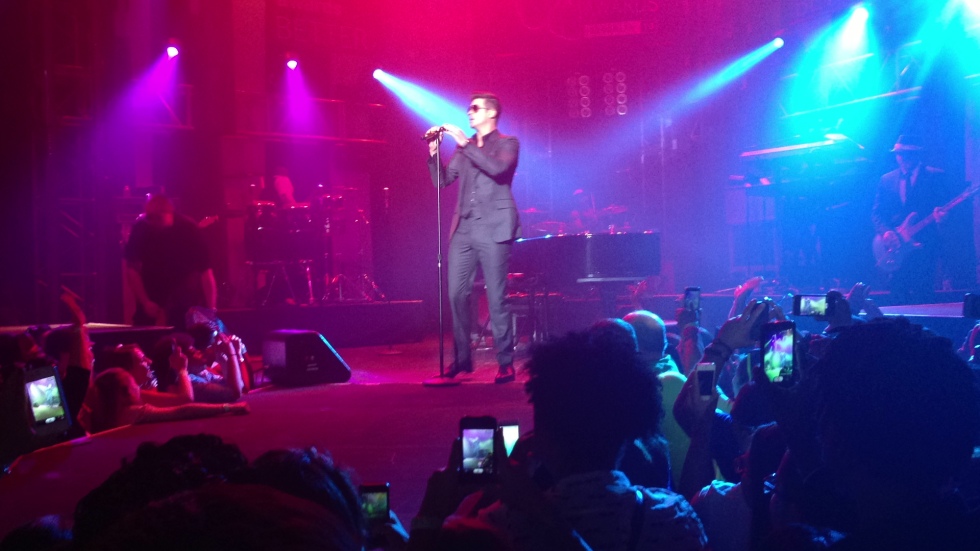 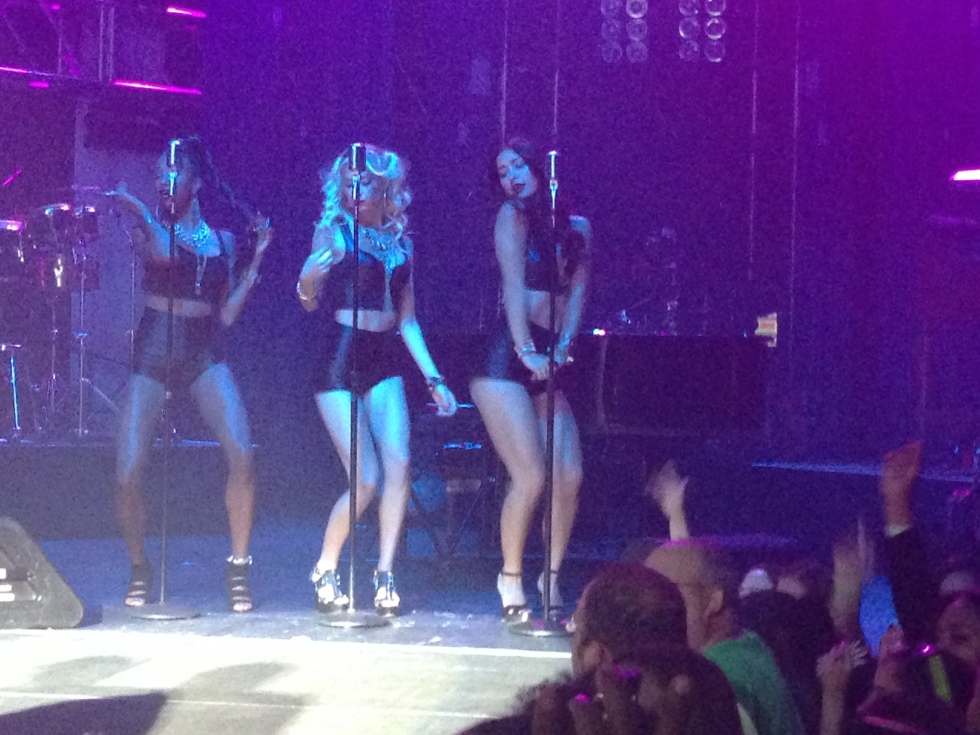 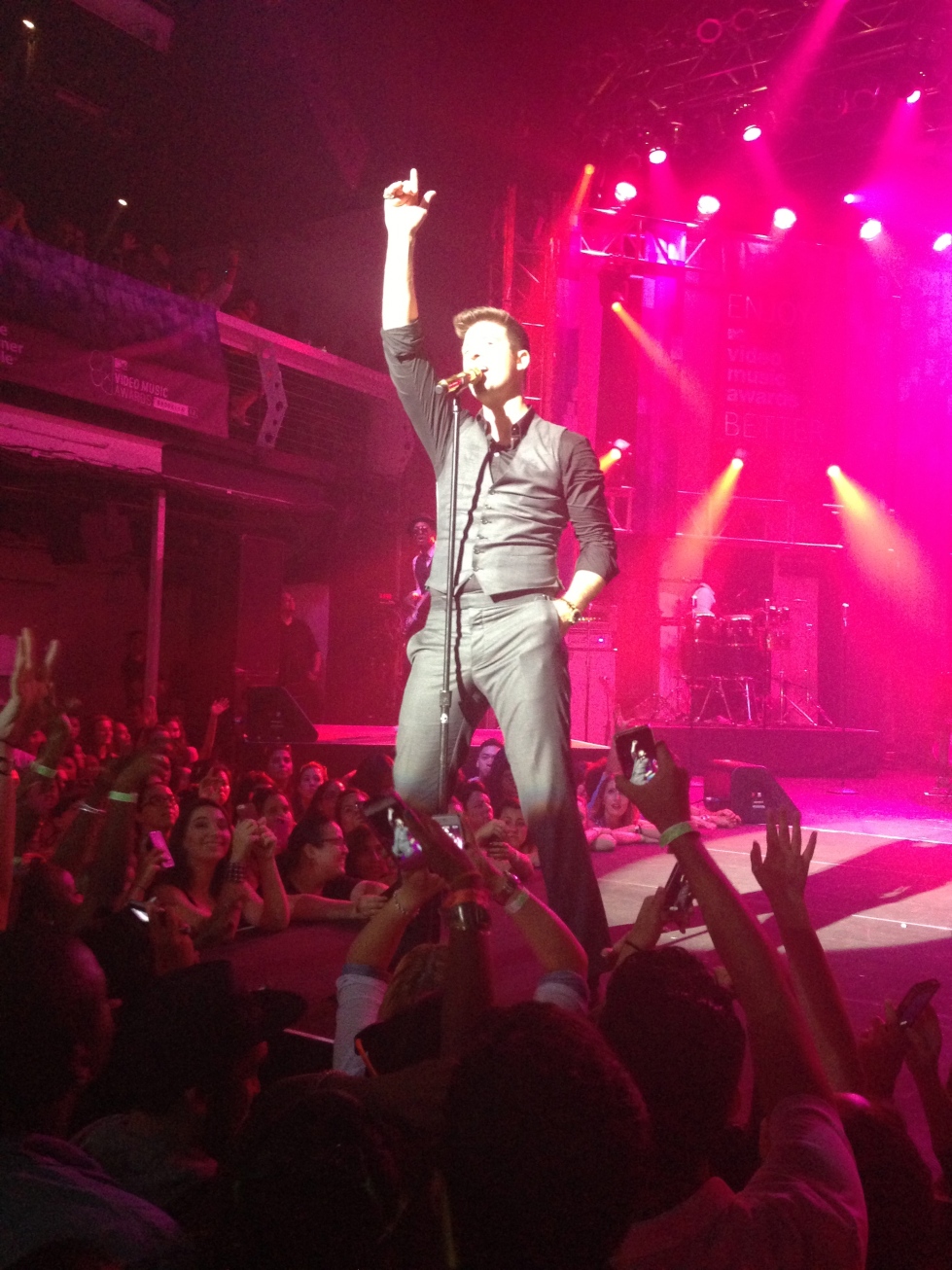 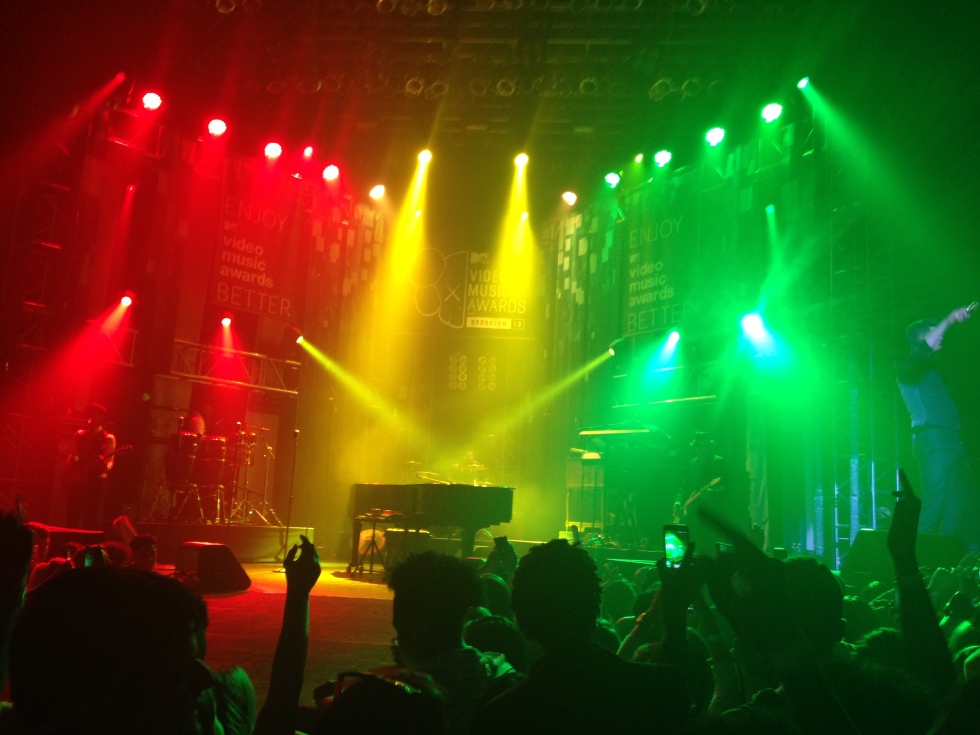